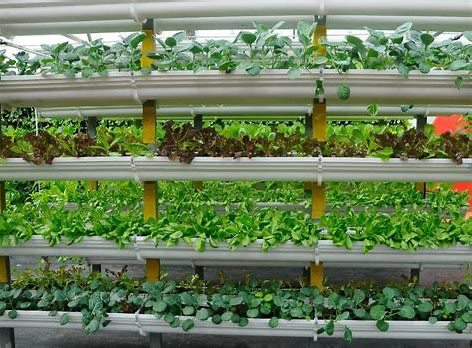 Vertical and indoor farming is an emerging growth industry and New Jersey  is show-casing itself as a leader in the field. Some of the most well-known companies like AeroFarms, Bowery Farming, and Element Farms have made New Jersey their home in part due to the proximity to New York City and Philadelphia, which represent huge markets for food and dining out.  This post will highlight  the impacts these and other indoor farms are having in the Garden State.

What is Indoor Farming?

Indoor farming represents the cultivation of crops in a controlled environment thus allowing for year-round growing. This approach to growing food  includes a range of methods such as greenhouse production, hydroponics, aeroponics, plant factories, and vertical farming.

Many new technologies and methods are used to fine-tune nutrient delivery, water use, climate conditions and artificial lighting to create optimal growing conditions using fewer resources. These innovative designs and technologies help make indoor farming methods more sustainable and allow for the production of fresh vegetables and greens anywhere throughout the year. 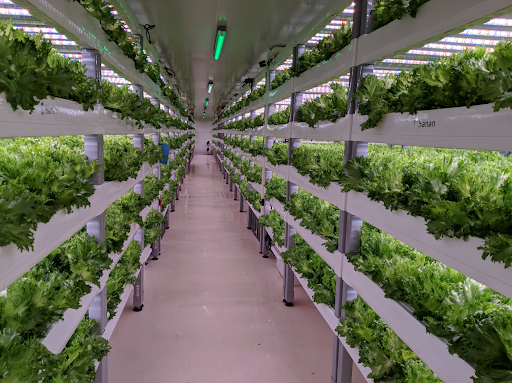 The benefits of indoor farming are numerous. Some argue that on a macro scale indoor farming addresses many of the concerns regarding traditional food production methods such as the over-use of pesticides, the consumption of freshwater, soil erosion, and nutrient loading. Furthermore, some argue that it offers a new way to feed an ever increasing world population, which is expected to climb to over 9 billion by 2050.

On a micro level, indoor and vertical farming offers sustainable growing practices, higher yields with the use of less water and space, pesticide-free fresh foods, consistent quality, stable pricing, year-round availability, and local production close to urban centers. The appearance of Covid-19 has highlighted the weakness of long-distance food supply chains in the United States, pointing towards the importance of local and sustainable food sources.

New Jersey has a long agricultural history dating back to pre-colonial times, which is how it acquired its name as the “Garden State.” Traditional cultivation methods of NJ’s fertile land have earned New Jersey its spot as a top producer of several horticultural crops. New Jersey ‘s cultivation of over 720,000 acres is thus seen as vital part of a multi-billion-dollar industry totaling over $115 billion (2019). However, in recent years, the high cost of land and urban encroachment of farmlands has become a serious concern for the state. New Jersey has experienced the highest decline of farmland and rural open land in the United States.

Limited available farmland has pushed some producers into urban and peri-urban areas. Others have been enticed with investments and tax incentives to move operations to urban areas across the Garden State. Companies like AeroFarms, Bowery and others have established themselves in New Jersey’s cities and are benefitting consumers with local fresh foods, offering employment opportunities, and championing urban development initiatives and partnerships. 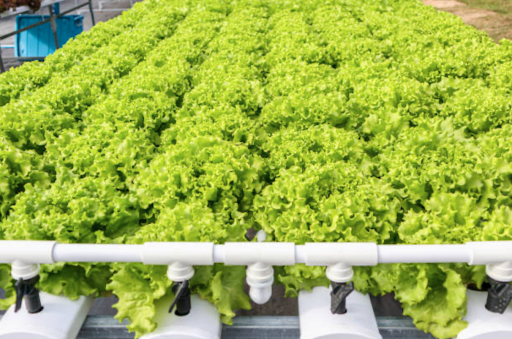 Headquartered in New York City, Bowery Farming has farms in Kearny, NJ, Maryland, and Washington DC. Bowery’s recent series B funding led by a $90 million investment by GGV brings the indoor vertical farming company’s venture funding to $117.5 million. The indoor farm in Kearny produces arugula, basil, crispy leaf, and butterhead lettuce in a repurposed industrial space using Bowery’s proprietary technologies, which help to collect data and optimize production. According to its website, the farm claims to be 100 times more productive on the same amount of land and use 90% less water than traditional agricultural methods. Bowery Farming’s produce is now available in over 650 retail stores in the Mid-Atlantic area making it one of the larger producers of vertically farmed greens and herbs in the U.S.

“Climate events continue to disrupt the way food is grown and distributed, and the pandemic exacerbated the vulnerabilities in our already fragile food system. We need a more resilient solution focused on the future, and that’s exactly what we’re building at Bowery,” says Irving Fain, Founder & CEO of Bowery Farming. “Our growth has been driven by consumer demand for safer and more transparently grown produce, and our ability to provide a consistent and reliable supply to our retail partners. We’re incredibly fortunate to have a dynamic team at Bowery that is relentlessly committed to innovation, strengthening our food system, and increasing access to fresh, healthy food.”

AeroFarms operates a 70,000 square foot  farm in a former steel mill in Newark, NJ. They are also building vertical farms in Danville, VA, and in Dubai. AeroFarms raised $100 million in a 2019 funding round, bringing its total funding to over $238 million. Additionally, the company benefits from a grant of $11.14 million in tax incentives over 10 years from the Grow New Jersey Assistance Program, which encouraged them to move to New Jersey. These incentives included requirements for AeroFarms to bring operations into economically depressed areas and make capital improvements to the buildings they occupy.

Their Dream Greens brand features blends of baby greens and microgreens for local retail sales. AeroFarms uses a proprietary aeroponics method to produce its greens. Aerofarms offers fully-controlled indoor vertical farming with 390 times greater productivity per square foot annually vs. traditional field farming while using 95% less water and zero pesticides according to its web site and in statements by CEO David Rosenberg.  The company highlights its use of advanced sensing technologies, data science, machine vision, and artificial intelligence to achieve these gains.

Moving forward, AeroFarms will be partnering with the city of Jersey City to create a municipal vertical farm. It is a part of the World Economic Forum’s Healthy Cities and Communities 2030 Initiative whereby produce from its vertical farms are delivered to people in the community. AeroFarms also has partnerships with Table to Table and Matriark Foods in New Jersey.

Element Farms produces a variety of baby greens and salad mixes in their greenhouse hydroponics operation which is housed in a new 70,000 square foot facility in Lafayette, NJ, about an hour northwest of Newark. Almost $700,000 was crowdfunded for their expansion into a new greenhouse facility. Element Farms serves the New York, New Jersey, and Pennsylvania tri-state area and seeks to expand into other states in the future.

Sweetleaf Farm in Andover, NJ, also about 50 minutes northwest of Newark, is a smaller, low-tech operation, run by New Jersey locals Cris  and Guy Tuhy. They produce an array of greens, herbs, and microgreens. Some are traditional crops but they found that the use of hydroponics in their greenhouse allowed them to serve their community with locally grown produce year-round, using minimal land and water. Fortunately, they have found the demand for safe, local produce has increased since the pandemic began.

In Freehold, NJ, Beyond Organic Growers has transformed the family’s sod farm into a state of the art greenhouse that houses their vertical farming aeroponics operations. The Reid family grows leafy greens, herbs, microgreens, and some specialty crops. In addition to the sales of their produce, they have an organic juice bar on-premise and they host events such as farm-to-table dinners and yoga classes in the greenhouse. 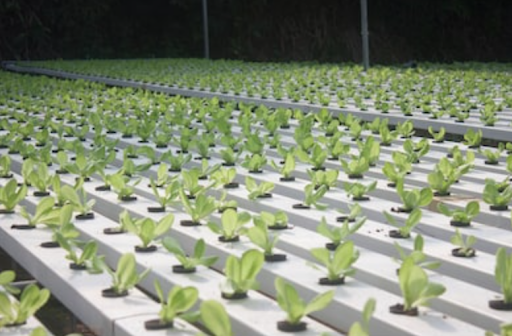 The town of Robbinsville, NJ created one of the first municipal indoor farms in 2017 using a box container farm purchased rom Freight Farms. The program allows for community participation and provides healthy fresh foods to those in need.

Greens Do Good is a nonprofit organization producing lettuce, microgreens, and basil in Hackensack, NJ to benefit  its customers and a portion of the proceeds go to autistic members of the community. The organization offers individuals with autism the opportunity to work alongside their farmers. They also donate 100% of their proceeds to the REED Foundation for Autism, a nonprofit organization that supports adults with autism by providing continuing education, life experience, and work opportunities so they can achieve greater independence and participate meaningfully in their communities.

Kula Urban Farm in Asbury Park, NJ includes a mix of traditional farming and a greenhouse for various hydroponic crops. The farm is run by the non-profit organization Interfaith Neighbors as part of a larger array of programs addressing homelessness and food insecurity in the community.

In New Jersey, not only are we are seeing an interesting mix of businesses large and small as part of a growing industry but also non-profits benefitting the populations they serve. Vertical and indoor farming ventures are versatile in the ways they can operate in the community by bringing fresh healthy foods, sustainable practices, and new opportunities for education and employment. We look forward to seeing how indoor farming continues to add to the rich history of agriculture in the state of New Jersey. 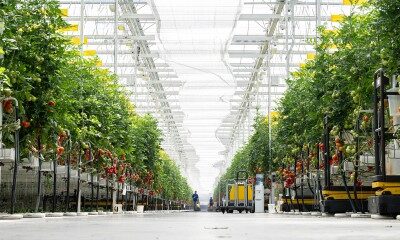 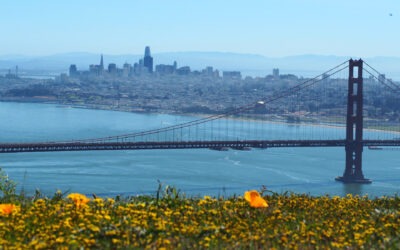 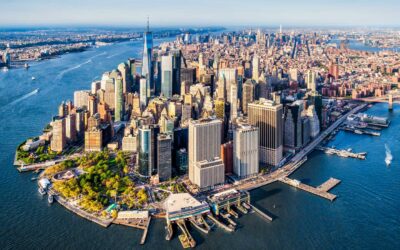